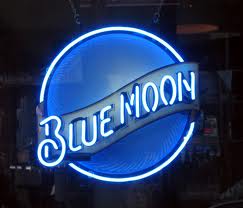 Highlighting extreme polarization between…well just about everything!
Let’s not forget that Full Moon’s bring up extreme emotions so stay chilled…
Your mantra is “I think & speak positively regardless of incoming information”!
A Blue Moon is the second full moon in a sign, so pretty rare & this one becomes even more unusual, as it is followed within hours by the Sun entering Cancer…known as The Solstice.
Mail me if you’d like a session to enlighten & enliven your own individual journey

So as the Sun sets in the west we will SEE the Moon rising in the East…lovely…don’t miss it. This last happened in 1997 and previously in 1978. But there’s a major difference this time from 1997/78, because we are in a whole different ball game in our personal & global evolution, & this Gemini Full Moon will really trigger some game changing words, information & choices.

We’ve already experienced a truly horrible/bizarre few weeks since our first full moon in Gemini, as the murdering madness of judgment & intolerance bringing tragic chaos. ‘Messenger Mercury’ rules Gemini so he’s an influential little dude in proceedings on this next full moon.

He is opposed by Saturn in Sagittarius, & squared by both Neptune in Pisces & Jupiter in Virgo. This is the stressful pattern I christened the “Mutable Madness” mob, as they’ve already been in this challenging cross formation since late May.

This explains the high tensions of late with extreme positions in politics, economics, weather, health, religions, beliefs, & the whole business of truth & lies. It also explains why we’ve been feeling confused or stalled in moving forward, so we can take the time to allow our ‘higher self’ to start running our lives rather than our old agendas and structures. We need to remain very flexible & patient as people & situations are unpredictable and can change very quickly.

The big idea here is that we are making the shift from the old fear driven 3D paradigm to a new DNA code over recent years & these few months are really shifting our old ‘mindsets’ & ‘beliefs’ both internally & externally. We really are on a fine line between the past & the future…right now…as we come to terms with the food/drugs/ideas/information/beliefs that poison our minds & bodies. “We must recognize that the primary source that controls our lives are our beliefs. And we control our beliefs.” Bruce H Lipton PhD.

Personally I have been ‘taken out’ of major action in recent months by a big health issue and the other day friend John Edward  reminded me that we are often ‘taken out’ when we are being ‘upgraded’. So let this support you also if your own or a family illness has been a test of late! This upgrade requires the shift from fear/control to faith/trust…it’s a simple as that. Saturn/Neptune can also bring immune system issues & collective epidemics so keep your physical & emotional immune systems strong i.e. good boundaries.

Meanwhile my call is that we need to see this ‘extremity’ between the old system & the new conscious models on offer, so we get over believing that the old system has the answer. Indeed the point is that the old system is the problem and is invested in exacerbating it! Print more money – keep up the propaganda that economies are growing etc etc. So here’s to Mercury/Saturn/Jupiter/Neptune triggering what we need to reveal the true rot, so everyday people say NO… we are ready to step beyond 2 party political systems that are owned & controlled by big business!

Gemini/Sag is about news & information (publishing/writing/teaching/propaganda) & with Saturn front & center there are serious implications that restrict, limit or reveal. The issue of censorship & control of the internet is coming onto the front burner; “Will end U.S. protection of the internet, handing authoritarian regimes the power they have long sought to censor the web globally, including in the U.S.” Wall Street Journal. It will also be no surprise if there’s some major whistleblowing over coming weeks.

The word is that Wikileaks are about to dump some prosecutable dirt on Hilary with the Republication & Democratic conventions on the way in July, & I shudder at what the Donald Motormouth will have to say in coming weeks, whether he is forced to make public his true finances, or whether his own party find a way to get rid of him! He has Sun Gemini & Moon Sagittarius…surprise surprise!  Then there’s the Brexit vote & whether Britain will leave the EU with possible connotations for the whole central banking system. And let’s not forget the very forgettable Australian election on July 2nd as the same old incompetent visionless sides do battle…yes we’ve had 5 Prime Ministers in 5 years as they topple each other in their own parties.

Yep the global theatrical show is enough to make one a tad cynical! But it’s also enough to teach us to step into ‘curiouser & curiouser mode’ as we just ‘observe’ the show and don’t buy into the crap. Political candidates & religious leaders are just archetypes that hold ‘projections’ from the people they attract. So over coming weeks think your own thoughts, don’t react with rage or indignation, and keep believing this ‘mutable madness’ will crack open the broken system so a whole new world view can bring us the revolution we so desperately need.  Wherever you live take time to find out which independent candidates represent the things that matter to you and are most aligned with equitable outcomes.

We also have more dreary and rather dark energy courtesy of Mars in Scorpio where he’s been lingering since mid-April doing his retrograde thing…for way too long in my liking! He finally goes direct on the 29th…hoorah…but we won’t really feel fresh wind in our sails until late August when he passes Saturn in Sag. His upside in Scorpio is the death/rebirth of old power issues as we release control so we may experience true power from within.

Sun into Cancer on June 20th just after the Full Moon
This point each year is known as the Solstice – mid-Summer in northern hemisphere and mid- Winter down here in the south. Cancer is the essential principle of loving nurture through family & friends. This is the time each year when we need to commit to our ‘emotional safety’ so we can build the foundations for the coming natural year.

Read on for helpful supportive info about how to handle these stressful energies! Here’s a quick review of this very important 36 year Saturn with Neptune from my post last December. There are 3 passes in this event – December 15 – July & September 2016.

Briefly this is the socio/economic cycle containing the ideologies & beliefs that drive our society. It is now at its three quarter point bringing maximum stress as the process of ‘converting ideals into practice’ or ‘preventing ideals from becoming reality’ is played out. As the Berlin Wall came down in 1989 a new era was born with the rise of a major new phase in capitalist globalization and the communist systems in Russia & China also morphed into new phases. The thing is that if the old ‘enemy’ of USSR was no longer a threat then the west needed a new enemy to keep the war machine rolling along, and our new era of terrorism was born. Anyway enough of all that for now.

In your daily life just stay loose when it comes to righteous ideas and positions and confusing messages or interactions. Don’t take things personally or be rigid…it’s not worth the effort and you may miss unexpected signals or developments that can serve you very well! It’s tricky to maneuver between conflicting ideas/ideals in these times so just don’t believe everything you hear and don’t buy into fear…as I have said.

Personally Saturn/Neptune asks us to soften any rigid plans & structures we have running in our agendas and to be very fluid and allowing of shifts and changes to how we thought things should be right now. At the same time we need to hold our dreams bright and clear and keep working to bring them into form. Neptune calls us to be compassionate to ourselves if we are running agendas that work us too hard or keep us stuck in an old rigid system…both personally and collectively. Personally I’ also noticing increased intuition and amazing mystical moments as insights and literal messages from friends on the other side…loving it!

If you’ve been around for long enough to have history from 1989 look back and see who you were then and what were your goals as they may just be about to come to fruition! Personally this is when I began my work as an astrologer and I’ve worked hard (Saturn) to keep true to my goal to use my craft to uplift and awaken along the way. So I need to keep the faith (Neptune) that this goal will continue to bear fruit over this next year and that the consciousness movement to which I am so committed will break through into new levels of expression beyond the old paradigm of conflict and pain. So hang in there my friends – we are on the same page – each of us doing our thing to be part of this global shift into a world of loving tolerance. We have to keep believing this!

The theme of my 2016 Year Ahead Report is “Truth & Belief” as Saturn in Sagittarius highlights the limitation of BELIEF versus the freedom of FAITH. “During 2016 we are confronted by the extreme polarization between the major religious & political systems that are driving the conflict and suffering in our world. Why is it that the ideal of a loving tolerant God (Neptune) that inspired the various religions has been so hard to bring to reality (Saturn)? As we are now completing the 2000 year Age of Pisces (Neptune) it’s time to resolve this polarization, into the Aquarian unified spirituality that transcends separate versions of God.”

Our global material systems have programmed us to BELIEVE that we are limited and must conform to the old world view where hierarchies are the norm with the guys at the top controlling us little guys underneath! The transition from hierarchical to circular co-operative systems will still take many decades to achieve, but this particular moment in cosmic timing is pivotal to stimulate the masses to really start questioning the control game & start demanding more conscious options! A world where SOUL runs the show & all beings in all the kingdoms of nature are venerated as part of an ORGANIC WHOLE.

I call this process making the transition from ‘worry & control to flying faith & trust airlines’! Once we’re on board we are free to finally TRUST that even when things get edgy and our ego/mind doesn’t know WTF is happening in our crazy world, we can stay in our centre where WE control manifesting our destiny as conscious co-creators.