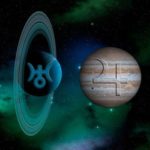 Greetings friends just a quickie this month as I’m days away from departure to the USA for my tour. If you’re stateside & haven’t booked yet please do!! Scroll to end for bookings… Well after these many months of  things feeling stalled as the strangeness swirls around us events are about to kick forward big time.

Yes the Aug 21st “The Great American Eclipse”  brought together this divided nation with cheers and expressions of awe for nature’s magic. But tragically it has also brought people together to rescue & support the victims of Hurricane Harvey.

Historically major tectonic & weather events often occur in regions that have recently been ‘eclipsed’.   As eclipses alter time/space and direct fresh waves of information into our collective intelligence here’s to the birth of a whole new level of cohesiveness & unity. Ironic isn’t it that disasters tend to do this! An amazing Astro correlation here as it was also Aug 26th 2005 that Katrina made landfall…so this is an exact 12 year Jupiter cycle, the last time he was in Libra.

Sun is now in Virgo until Sept 22nd, joining trickster Mercury who has been doing his retro thing here since mid-August & goes back into Leo. So we’re in super organizing, dealing with details mode, and also great for enhancing your health with good food & daily ‘stay calm’ messages to self!

Mercury turns direct @ 28 degrees Leo on Sept 5th, right on the degree of the Solar Eclipse. So the high octane forces are still in full swing for the first 10 days of Sept, hopefully in a good way! Trump will be under enormous pressure as this lingers on his Mars & Ascendant in Leo, and the North Korea situation may come to a head. So we need to join hearts & intentions to soothe these troubled times.

Venus enjoys her time in Leo until Sept 21st so make the most of her love of fun & glamming up to enjoy social connections.

New Moon in Virgo on Sept 20th @ 27 degrees, OK with Saturn  in challenging connection PLUS Jupiter & Uranus within days of their final opposition this will be a much feistier Virgo New Moon than usual. As Virgo rules ‘systems’ expect some big shifts & changes in the systems that run our world! Read on for details of the Jupiter/Uranus story!

The big news is the final opposition of Jupiter in Libra to Uranus in Aries from 27th to 30th September. We had first pass late Dec 16, then the retro pass early March so this will finally complete the process.

The classic reading here is the desire to break free of restricting conditions and people to liberate your life if you’ve been feeling constricted. There can be sudden beaks that bring an enormous feeling of relief & release the tensions that have been building up. I’m wondering if you’re thinking this may be a sudden Trump departure moment? Could be… Read on for some extra info from earlier posts.

Here’s a quick overview from my 2017 Report “Watch these dates for major changes (in some cases unexpected) to current global relationships and the rise of populist people’s ‘liberty movements’. Jupiter/Uranus combos bring us brave new explorer archetypes & large scale revolutionary activity, so these are great timings for expanding & initiating new territory in your world, or having a ‘freedom outbreak’!!  Innovation is the key”

And this from my Dec 2016 letter “Jupiter now steps into the fray of the Uranus/Pluto Zap Zone as he opposes Uranus from the 23rd Dec till the end of the year. This is the first of 3 passes of this major alignment and they remain in tight connection right through Jan Feb & March 2017 with a final pass in late September. This is the half way or full point in their 12 year cycle which began in 2011. This combo ups the urge for freedom and innovation big time and can bring sudden bolts of change either from you toward current people & situations OR at you from work situations & partners who have outlived their role in your life. The big caution here is to make sure you don’t throw out the baby with the bath water as you seek to revolutionize your life and create space for exciting new people and adventures to unfold in 2017.”

And this from my March 2017 letter “March opened with a bang as Mars joined Uranus to oppose Jupiter for the second time and the highly conflicted global story amped up another notch. Their first opposition was in late December 2016 & their final ‘hit’ will be in late September, after which we should see the tensions ease, albeit heaven only knows what’s in store between now and then! So yes things are uber intense right now & we are all managing lots of things & energies & difficult people et al. So PLEEZE hold your center with lots of positive messages to self & others remembering that we are also working to build new goodies in our lives that will be marvelous!!

In years to come you’ll be able to say you lived through the most exciting & dynamic phase of modern history! Yes the Depression & dictators of the 1930s, McCarthy & communism in the 1950s, Kennedy & King assassinations in the 1960s, Nixon & Watergate in the 1970s were watershed events in their eras. And yep ours will no doubt be remembered as the ‘Trump Year/s’! The trouble is that when you’re in the midst of the chaos it’s hard to keep the perspective that is only available after the events. This is why I’m always reminding any who will listen to stay OBJECTIVE and simply be aware that we are witnessing a grand battle between forces of which we everyday folks have little true understanding.

I gave a talk last week about the Astrology of 2017 and was asked “what’s going to happen with all this political stuff?”. My answer was “I don’t know!” All I really know is that In terms of the big picture timings of the unfolding cycles of conscious evolution, the battle is really between the unsustainable practices of the old 3D reality program and the birth of the new paradigm sustainable future.  And in this big picture “battle” it sure is the case that 2017 contains all the big ticket global issues “in extremis”… politics/economics/weather…yep Jupiter in Libra opposing Uranus in Aries aren’t mucking around as they amplify the extreme polarization in every level of human & Gaia affairs.

So when we apply psychological principles here we have fruitful territory for our personal growth & evolution. We must own our own inner stress between the part of us who wants to stay attached to the past versus the part of us that is willing to take responsibility for the need to innovate & change…and this can be risky!  Our current social revolution isn’t just about amazing new technologies and robots and faster & better internet speeds. It’s about a global awakening way beyond that!!

I recently had an fascinating chat with one of my yummy ‘daughters’ who informed me she believes that it won’t be long before people will ‘be over’ all this techno stuff, and just want to start writing & learning & interacting with others without all the complexity that makes people so anxious and overwhelmed and socially dysfunctional. Isn’t that interesting, as this 34 year old lady is realizing that life is so much richer without COMPLEXITY. Yes I know we can’t turn back the clock but maybe she has a point. SIMPLICITY! I’m reminded of the old T.S. Elliot quote that “we shall never cease from exploration until we return from whence we started and know it for the first time”.

Anyway that’s my little rave for this month! Stay in your heart my friends as you keep building your positive lives inspired by being part of our current social revolution toward a conscious world. Stay in gratitude…be kind to self & others…get excited…be aware that wonderful opportunities are right there for the seizing!!

Live long & prosper my friends and I’m so looking forward to meeting my American Tribe in September. Go back to top left of this letter for event dates & bookings!!

Cheers and blessings to you all Maggie!

Check Out My New Membership Platform starting with my life changing ’12 System Program’! NOW AVAILABLE to download over 4 weeks.