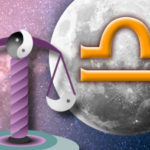 Love this image for our Full Moon in Libra on April 11th containing the balance of YIN & YANG in our nature between independent action aligned with co-operation with others! Indeed ‘holding our center’ is a biggie for April as generally things can feel a tad frustrating due to both Venus and then Mercury in retro phases. It kind of feels like an anti-climax to the Aries energy from late March urging us onward…and then forward motion being blocked by events beyond our control or annoying stuff we have to deal with. Yep our very strange year continues to challenge us to innovate new activity as we also learn to ‘GO WITH THE FLOW’ & trust!! 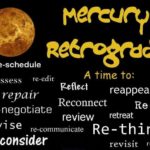 Basic info about Mercury RETROGRADE timings is now pretty well known these days! Even staunch ‘don’t believe in Astrology’ business types now know that it’s cool to heed the caution to deal with the details and avoid signing contracts during this time.   Yes 3 x each year our little buddy Mercury appears to go ‘backwards’  so we can do all the RE things…as listed above! So from April 9th until May 5th our ‘messenger God’ does his retro phase in TAURUS. So it’s all about details to do with MONEY and VALUE systems in our lives. Merc retro is fab for lining up the balls so you’re set to LAUNCH projects & new goodies after mid-May. Here’s the link to my 2017 Global Astrology Report & Horoscopes

Hi folks welcome to my April update where I’ll cover the main territory in the first few paras for those who are in info fatigue mode, and if you’re up for the long story then you can read on…ok?

So as we head toward Tuesday’s Full Moon things are hotting up in the ‘let’s play war game’ as the idiots who run our world rattle their sabers in their endless quest for power. OK so because we are wise owls who get that fear sells, we’re way beyond getting sucked into their hideous game right?

So even though it is indeed a power packed & potentially dangerous Full Moon period on the way we ARE going to use it as an amazing opportunity to create exciting new plans with cool partners to expand our possibilities, & to upgrade our consciousness beyond ‘division’ & ‘separation’ to create inner peace & UNITY no matter how weird things get ‘out there’.

Yes we have every right to be angry with the system but we have to find a way to channel it into constructive action & demand diplomatic solutions. We are NOT going to over-react or antagonize or project our frustrations are we? We ARE going to practice co-operation & send our hearts & minds toward all things peaceful.

April opened with Venus still retro since March 4th & it won’t be until May 19th she comes ‘out of shadow’ and returns to 13 degrees Aries where she started! Hence my suggestion that it’s good to wait until after May 19th for major launches for projects or big life decisions that are pending.  So during this 40 day period we have time to review & value our need for independent action, plus release old toxic relating patterns where we are not being valued! So not a great time to start love affairs or buy luxury items, just keep growing your confidence & prosperity consciousness to initiate new direction next month!

Indeed one of our major challenges during April also arrives via the beautiful one being ‘squared’ by Saturn for most of the month! So if you’re feeling like you’re in a bit of a trough, finances are a bit stretched, creative mojo has deserted you, or easy lovin is in short supply… then blame good old Saturn! He’s a hard taskmaster who demands of us that we ‘never give up’ and keep working toward our goals. When he’s connecting to Venus he’s testing our relationships on many levels. Are we staying in a situation because of money or an ‘unconscious invitation’ to invite others to limit us so we don’t have to take responsibility for our own individual growth?

This is actually a great time to review Venus stuff – what we eat – the clothes we wear- who matters – your choices – what are you attached to that’s holding you back – just about everything really! It’s a big cleanse and release phase and you’ll feel so much freer long term, so stay fluid and adaptable and keep that sense of humor front & center. Just beware the urge to have a pity party or get sucked into someone else’s!

OK so speaking of Saturn… he also turns retro on April 6th until August 24th…which happens every year BUT this year is a biggie as he is exactly on the Galactic Centre as he stands still and heads backwards for the next 5 months, and then re-connects with this point in December just before he leaves Sagittarius…and into Capricorn.    The GC is the Centre of our Galaxy – the black hole located @ 27 degrees of Sagittarius that emanates the magnetisms for our whole Galaxy & Solar System.

The Mayans called the GC ‘Hunab Ku’. ‘Hunab’ means ‘one state of being’ and ‘Ku’ means ‘God’ so the direct translation would be One State of Being God. When our planets align with the GC historically we are activated with new levels of KNOWLEDGE that progress our species. It’s also interesting that it’s position in Sagittarius underpins the essence of the collective evolution of our human process…i.e. the belief systems that drive our evolutionary growth!

This is a significant point in Saturn’s 28/9 year cycle as the last time he was here was 1988…the prelude to the massive events of 1989 – fall of Berlin Wall & the arrival of Russia & China into the globalization systems. So are we also currently poised for some really big global re-arrangements from next year when Uranus enters Taurus & Saturn enters Capricorn? Could it also be that this current 2017 cycle reveals to the scientific community a whole new understanding of the science of INTERCONNECTEDNESS.

Let’s not forget that we’ve also just had the Mayan Calendar 26,000 year return in 2012, so we’re in a brand new phase in human affairs BIG TIME, which is triggering the new revolution in consciousness of our times. So maybe it’s finally time for the knowledge of the Einstein/Tesla of our time to finally be welcomed into our scientific thinking. I’ve been following the work of this amazing mathematician for several years now. His name is Nassim Haramein and his revolutionary work proves that the current world view that our Universe is random & disconnected, is actually unified and perfectly tuned or INTERCONNECTED.  Here’s one of his presentations on “The Connected Universe” Please watch and share far and wide my friends, and go to his “Resonance Science Foundation”  for more info!

Also interesting timing that our ABC ran a 3-part series this week with Astrophysicist Brian Cox exploring our Cosmos with an open forum for amateur astronomers to ‘discover’ new planets…which they did!! Cox isn’t my favorite guy as he totally puts down Astrology, but it’s cool that he’s inspiring folks to ‘seek out knowledge of new worlds’.

Personally we are open to major insights and wake up calls that trigger our own evolution beyond the old limited world view THIS YEAR!

Sun into Taurus on April 20th – opening stage 2 of our natural year. We’ve had Mars in Taurus for the past month so the money thing is already front & center so we now have another month to refine our finances, and yes slow & steady winds the race. All very practical my friends & beware the invitations from the debt machine to get sucked in as things are even more stretched in the Global debt systems….and not looking good. So interesting to see how this all comes to a head as we head into 2018 and change agent Uranus heads into Taurus!

Mars into Gemini on Sat April 22nd until June 5th- Will be so good to have Mr Action in an air sign at last hoorah! So tune up your vocal chords and start making plans for planes trains and automobiles to get you out and about especially as he heads into May. Great for networking & getting our message out there with the usual caution to LISTEN and learn rather than just do all the talking, and your permission here is “I am now heard and understood’. Downside may be ‘angry words’ from others…but not us right?

New Moon Weds April 26th @ 6 degrees Taurus – already talked up Taurus above so this is the New Moon to activate our wealth & worth areas. Celebrate the sensual pleasure of Taurus!! Plant gardens and veggies, make love, paint pictures, make music, give & receive massages & love yourself and your world…be grateful.

Here’s a link to a youtube interview I did for inclusion in a series & book on the nature of DESTINY & Fate. I cover core ideas about the Sun & Moon in Astrology and you may find it interesting…hope so!