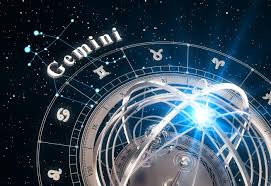 Welcome to an extra special Gemini Season until June 21st – the 3rd phase of the ‘natural year’ when we add stimulating ideas & connections to drive our creative process onward.
Gemini’s ruling planet is Mercury – who is also in Gemini & about to do his retro thing on May 28th until late June. So the usual checklist here – backup data – be prepared for sudden shifts in plans & incoming info – and generally use June to re-consider and re-organize your ‘mind & mouth’!
We are also in ECLIPSE SEASON starting with the Total Full Moon Lunar Eclipse on May 26th – also with Sun in Gemini opposite Moon in Sagittarius @ 5 degrees.
And here’s where things get ‘special’ as we have a bright new ingredient in play with this eclipse courtesy of bountiful Jupiter now briefly in Pisces…playing a big part in this eclipse story.
At best this adds a sensitive & compassionate note to the flow of information – downside increases confusion & wondering who & what to trust especially when it comes to media!
The opportunity from Jupiter in Pisces involves trusting our intuition & tapping into higher quantum source for incoming inspiration, and then linking with left brain Gemini mind.
Mind you…excuse the pun…with this much ‘mutable’ energy there will be days you’ll have trouble organizing your shopping list!
So stay very fluid folks and open to sudden fab eureka moments with great clarity for the road ahead.
Resist the urge to jump online & rant at stupid ideas people and with Mercury also retro use this period to re-negotiate your social & digital connections. More on this in the main section…
Eclipses are called ‘destiny portals’ and can bring life changing shifts, but it is wise to wait some weeks before making important decisions, although sometimes things just happen seemingly beyond our control.
Check your chart for planets/points @ 5 degrees & also for the New Moon Solar Eclipse in Gemini @ 19 degrees on June 10th.
New Moon Eclipses are indeed new beginnings collectively – so here’s to healthy new conversations that bring unity and cohesion between us all personally & on the world stage. In this age of information technology expect the release of fab new solutions toward this….such as:
Experience this groundbreaking documentary and meet the people and inventions that have the power to transform life for all of us. thriveon.com/free21

Eclipses have 19 year cycles so think back to May/June 2002 for echoes on this one. Here’s the reading for this cycle – “A very unusual series involving sudden flashes of ideas that seem to have a psychic or unconscious flavor to them. Hunches, visions, prophetic dreams that can be acted upon. A truly creative series which should leave the individual enriched.

OK let’s wrap this with a final biggie – as Saturn is also turning retro late May & lines up for his 2nd hard connection with Uranus in Taurus for all of June as they enact the struggle between the traditional past & the innovative future. Expect further financial tension so take not to get caught up in crazy speculation as things are coming to a head.

Jupiter is now in Pisces until late July to give us a brief taste of 2022 when he’ll spend most of the year in the sign of all things visionary and idealistic. (He then heads back into Aquarius for the rest of 2021.) Jupiter is the traditional ruler of Pisces, so he is very happy & strong here as he brings his quest for truth to guide us toward our higher nature, hence the association with spiritual and religious beliefs. Call it God or simply faith and trust in our higher nature to guide us as we tap into “The Stream of Consciousness” beyond the rational mind & ego.
Personally I am really ready for couple of months of relief especially as we’ve been in such high air energy so far this year with Jupiter in Aquarius, and over the last few months also Mars in Gemini so it’s been very busy and electric with so much info and high octane nervous energy.
So I am looking forward to things slowing down – I need some relief! Let’s relax and take the pressure off – let’s flow a little bit – let’s move into some compassion and being kinder to each other – and I think we all need a few months of this and then hopefully a nice big dose once we get into 2022.
Let’s just all go into trust and flow and allowing for a little while and I think a really important idea in terms of where we are all at right now in these covid times.

I mean we all knew that something big was on the way in 2020 from the huge Saturn Pluto conjunction in Capricorn – this massive new 500 year cycle was coming in and so this whole process of the virus has been extraordinarily testing on so many levels.

Right at the beginning I said OK Mother Nature is popping in here as we won’t listen to her – we’ve had decades to deal with starting to take care of her and she is pissed off – she’s going to start dealing with it herself! And indeed the whole implication of the changes and shifts in our environment and ecosystems since covid has been enormous – in a good way…

And I also get this Piscean theme as I look back on the whole Neptune in Pisces time since 2012 and he’ll be here until 2026 right – the great Dane Rudhyar called Neptune the ‘universal solvent’ such a cool term.  So Neptune at home in his home sign has been dissolving everything and now Jupiter in Pisces is going to increase this dissolution process where we have to be OK with being in ‘I don’t know’.
I call anything Neptune or Pisces as a transit going into ‘the void’ – ‘going into the gap’. The gap is the place between what I once was and what I am not yet. And it’s a very uncomfortable place for most people who are used to being in the world with agendas and being in control and knowing what’s next.
So we are all in the gap – all in the void as we don’t know, and we have to allow that spaciousness so the higher self-soul within each of us as individuals and also within the collective soul to allow the gradual formation of the new Zeitgeist.
So Jupiter in Pisces to me is this lovely allowing period where the dreaming can begin to emerge of a new consciousness –  a new humanity –  a new earth.
It is a time to dream big as Jupiter dreams big.

Please join me for my
Universal Astrology Certificate e-Course